No one directed Lucius to go on a scouting mission, no one but his own military instincts about things.  Eventide Watch would need a good and current understanding of the terrains, villages, and especially the clan bases if they were going to protect their leader from anyone– or anything that might want to take a shot.

Lucius saddled up and rode out of Eventide before the sun came up.

He wanted to make the most of the day and drove Sunshine into the darkness as she snorted and galloped.

Lucius settled into his saddle for a long ride.

Pressing north towards what others had called “the frozen north”, he figured he would be able to make it to the Beast Lord’s shrine before the sun began to set.  With luck, he would arrive before the end of the day and find a place to camp near the shrine.

So he rode hard, and he rode fast, and because he was lucky, he made it to the shrine just as the sun began to set.

The Beast Lord was a smelly and impressive sight.

The red-skinned, goat-horned man was a High Priest of the god Jhebbal Sag, “who is, apparently, a divine manifestation of savagery and wild places,” thought Lucius. 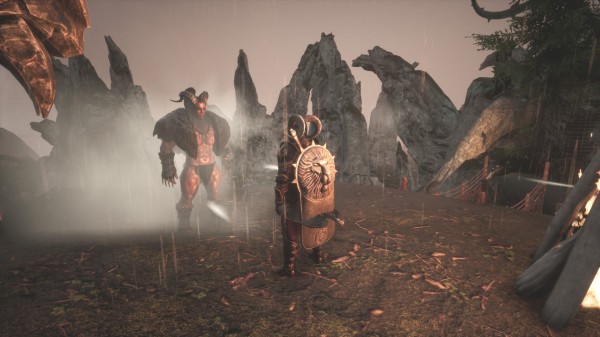 So when Lucius saw the man and recognized the spiritual power of the place, he removed his helmet, kneeled, and then asked for a blessing.

At once the smiling beast-man took Sir Lucius and one other pilgrim to his sacred place.  Then, adorned in his garments, the Priest waved his holy goat stick, and touching the horns of Sir Lucius’ helmet said:

Vah ShaN ka! fATHER of All BEAST AND makER oF worLD….HEaR Howl OF you CHildrEN!

We COme with LOwereD head into DEn and seek the BLessiNGs of THe Father…THat This HelMet….Which have PLeasing scented HOrns OF You MOst sacred BEaST …GOat!…Be StronNG! 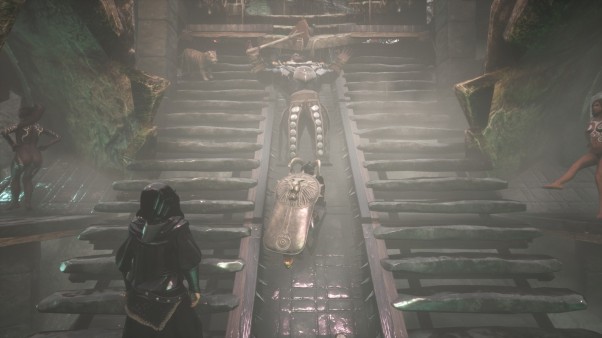 Afterward, Sir Lucius rose, thanked the Priest, received an offering for his liege, and then rode out of the holy place of Jhebbal Sag.